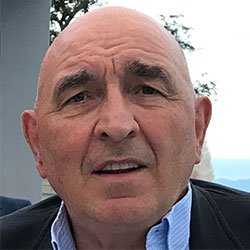 Since our virtual AGM last September, the Society has continued to operate in a virtual world. Ongoing COVID restrictions have prevented us holding any in person meetings. Nonetheless with the efforts of our dedicated group of Trustees we have managed to host a series of online events which have been well attended by the Society’s members and guests.
Read More 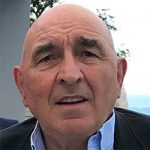 The past year has been a challenging one for the Society as it has been for the wider world. I took over as Chairman from Sir Derek Plumbly at the last AGM in June 2019 and I want to pay tribute to Derek for his leadership of the Society over the previous three years. For the first half of the year the Society operated as normal with our annual events, Ghazi al Gosaibi lecture and the Rawabi Awards held as usual.

We have had three main events over the past 12 months. On 21 June 2018, following the Society’s 29th Annual General Meeting, Martyn Best, architect and CEO and founder of the consultancy Cultural Innovations, gave a talk entitled “Saudi Arabia: Projecting Heritage from 1989 to Vision 2030”.

Society activities have again centred on the delivery of a programme of talks relevant to its mandate of promoting understanding of Saudi Arabia and its culture and history: each talk was followed by a modest reception designed to enable members to engage with the speakers.

On 9 June 2015 following the last AGM I gave a talk entitled In Pursuit of Stability, which drew on my experience as a diplomat and international official in the Arab world, including most recently as UN Under Secretary General and Special Coordinator for Lebanon.

On 22nd October 2014 we were entertained by Roger Harrison, author of Wings Over Arabia who showed us aerial views of Saudi Arabia taken when he accompanied Prince Sultan Bin Salman Bin Abdulaziz and Prince Bander Bin Khaled Al Faisal on an expedition by glider over the western region of Saudi Arabia.

During the year we have had, as usual, three main events. On 19 September 2012, our former Chairman, Sir Alan Munro, spoke about his recent book of memoirs, Keep the Flag Flying. He described his time as Ambassador in Saudi Arabia during the first Gulf War, and of his experiences as a diplomat in Arabia and around the world.

On 12th October, the Society was privileged to hear from Her Majesty’s Ambassador at Riyadh, Sir Tom Phillips, in a well attended meeting. Sir Tom’s talk showed his evident sympathy for the Kingdom and Arabia more generally. He has now left Riyadh, and retired from the Diplomatic Service, to be replaced in post by Sir John Jenkins.
Menu
© Copyright The Saudi British Society 2020. All rights Reserved.
Registered Charity No.: 1002876
The Saudi British Society, 1 Gough Square, London EC4A 3DE, United Kingdom
Special thanks to Roger Harrison for imagery.
Scroll to Top