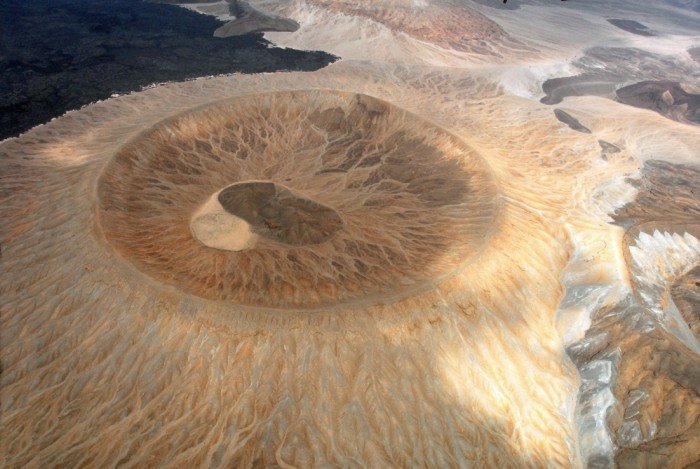 Lecture by Roger Harrison, Author of Wings Over Arabia

Roger Harrison, a Senior Reporter for the Arab News, accompanied Prince Sultan Bin Salman Bin Abdulaziz and Prince Bander Bin Khaled Al Faisal on a unique groundbreaking expedition by glider over the western region of Saudi Arabia. The purpose was to test both the gliding team to the limit and to assess the viability of gliding as a sport in the Kingdom.

Below is a summary of the lecture:

Roger Harrison vividly demonstrated that Saudi Arabia hosts some of the harshest desert conditions on the planet where rain may not fall for decades and temperatures rise to over 50 Celsius. He described the terrain, in the volcanic north western and interior area with great vividity and understanding, and showed the striking evidence of the massive seismic events that created the area.

He introduced the audience to the basics of gliding, particular the vital role thermals – rising columns of hot air that gave the gliders lift and altitude. He linked them to the huge areas of black volcanic basalt (harrats) that stretch almost the entire length of the western region.

Noting that they were essential to gliding, the same topography was what made the expedition challenging, and not just a ‘stroll in the sky’. To land out on that sort of terrain would almost certainly result in serious injury or worse. Furthermore, they presented an enormous challenge to the dedicated ground chase and support team to keep abreast of the gliders far above it.

“The chase team were the unsung heroes of the expedition,” Harrison said. “Their maintenance and backup was central to the success and very reassuring. Thankfully we had no emergencies that involved calling on their formidable array of skills.”

Not everything went to plan, Harrison said. The first day of the seven–day flight saw the technical gremlins causing problems on the complex electronics of the gliders, the final straw being the failure of John Bally’s undercarriage to lower on final approach to Hail.

Fortunately, manual lowering retrieved the situation but was an augury for the engine failure for Prince Sultan in a situation that very nearly caused the much–feared “red mist and plastic shards” land–out. Suffice it to say that some extremely skilful and patient soaring that called on his extensive flying experience (including NASA’s Space Shuttle) resolved the situation and averted disaster.

The twin highlights of the expedition Harrison said were flying over the long dormant volcanoes of Jebel Abyyad – the White Volcanoes. Set in an “other world” environment, the landscape epitomised the power and fierce beauty of nature at work.

“We thought it could get no better,” Harrison observed. “Then we flew low over the Holy City of Madinah. The whole hard–bitten and professional camera team just looked and absorbed the unfolding scene of the Prophet’s Mosque in utter silence. It was a moment none of us will forget.”

Former UK Ambassador to the Kingdom and Chairman of the Society noted that the presentation “was delivered with wit and style. In all you said, your love of the Kingdom and your appreciation of its extra-ordinary landscapes and peoples came through, and inspired the audience. And of course the images were sensational: a true tour de force.”

Wings Over Arabia by Roger Harrison is the first–hand account of an historic and often dangerous gliding expedition and features stunning aerial photography of areas hitherto unseen. Published by Medina Publishing Ltd.

The talk was followed by a drinks reception.