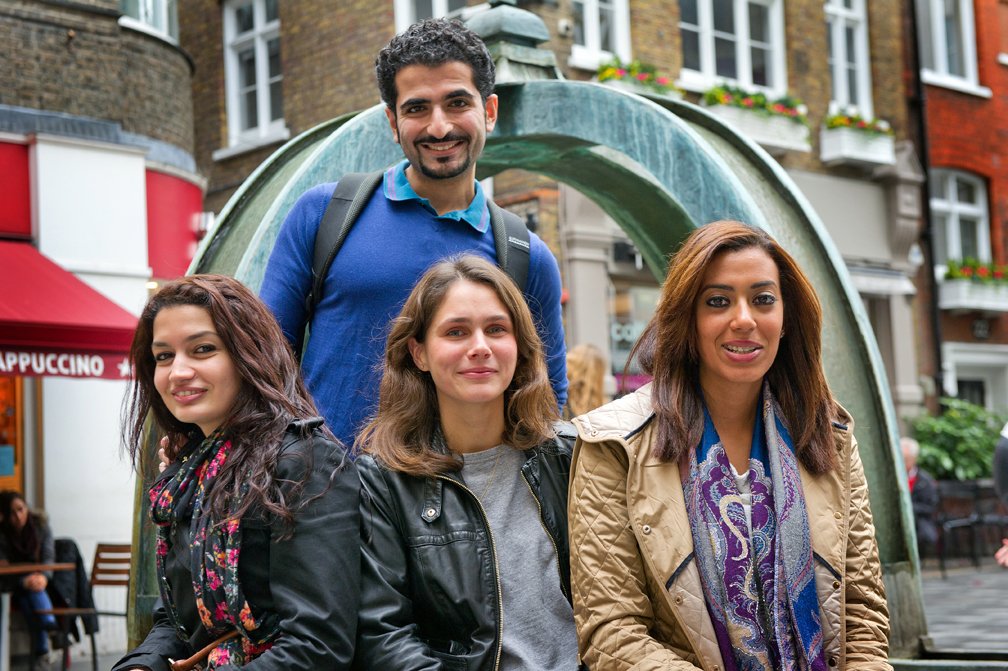 Lecture: Being Saudi in Britain – Views from Two Young Women

One of the students, Lamees Al–Haidari is from Riyadh, Saudi Arabia. She moved to the UK in July 2008 to start her Masters studies at the University of Southampton where she completed an MSc in Human Resource Management.

This is the transcript from her talk:

Being Saudi in Britain
Lamees Al–Haidari

To start by introducing myself, my name is Lamees Al-Haidari, and I am from Riyadh, Saudi Arabia. I moved to the UK in July 2008 to start my Masters studies at the University of Southampton where I completed an MSc in Human Resource Management.

Language or cultural shock was not the main challenge for me coming here, since I had been spending my summer holidays in English schools around the UK for more than 6 years. However, adapting to living alone away from my family, and the social constraints that came with this, was an important aspect of the challenge for both me and my family. The second challenge which was the most problematic one was the fact that I had graduated from King Saud University, where they focus on providing you with the skills needed to survive as a woman living in Riyadh, and not academic or other personal skills. I personally consider that King Saud University is a miniature version of Saudi Arabia, with the same kind of hierarchy, politics, and rigid system which are found in the Kingdom overall, and that the students and staff have similar backgrounds and come from similar sub-cultures to those of the population of Saudi Arabia in general.

The reasons stated above were why adapting to the University of Southampton was a challenge; however on my first day and during induction week the staff kept saying “Don’t panic, and if you do please come and see us”. In addition there was the insistence of lecturers on students to challenging their ideas and thoughts and to never take anything for granted. The amount of attention I was given and the motivation to challenge were all elements of a new style of education that at the beginning I could not adapt to.

Thus I faced academic, social and emotional challenges when I arrived in Southampton. It took 3 months, and a vast number of family trips to the UK to support me emotionally for me to adjust to life here. After that I got the vision for the kind of life that I could have here and its advantages.

I started to focus on my research, and on challenging my academic thinking and ideas. Nevertheless, I was not satisfied with only progressing academically but I felt that I needed to progress in a practical way. I started looking for a job and I managed to get short-term part-time work sporadically at the International Student Service Centre. This was a good starting point but I did not see myself doing this for more than short periods occasionally, therefore I started looking for something more suitable. After a while Elite International Careers offered me a one month contract to help out on a Saudi event; however this one month contract turned into a talent acquisition consultant job position which has lasted until the present.

Working for Elite has opened my eyes to the Saudi market, since we work as mediators between companies and job seekers. By talking with both parties I realised each has different expectations from the other. From the company’s point of view, they need Saudis with more than a degree. From the candidate’s point of view, they have gained their degree and they want a management position which pays more than £3000 a month. This made me start thinking about whether the youth are missing an important point, and whether it is it true that companies are just trying to make it difficult for nationals to get a job, since they are more expensive than expats!

This led me to apply for a PhD to study human resource management with the focus on developing talent, how to manage talent and how the practices of talent management fit within the context of the social development level of a country.

It also made me consider my personal interests, reflect on my own development and future career, and then to think deeply about the following:

What do I want to have?!

What do I need to get there?!

How can I get there?!

In closing I would like to express my appreciation and great thanks to Abdulrahman Al–Haidari, my best friend, mentor, lifelong inspiration, and father. Without him and his support I would not be able to stand here today; I am blessed to have such a father.